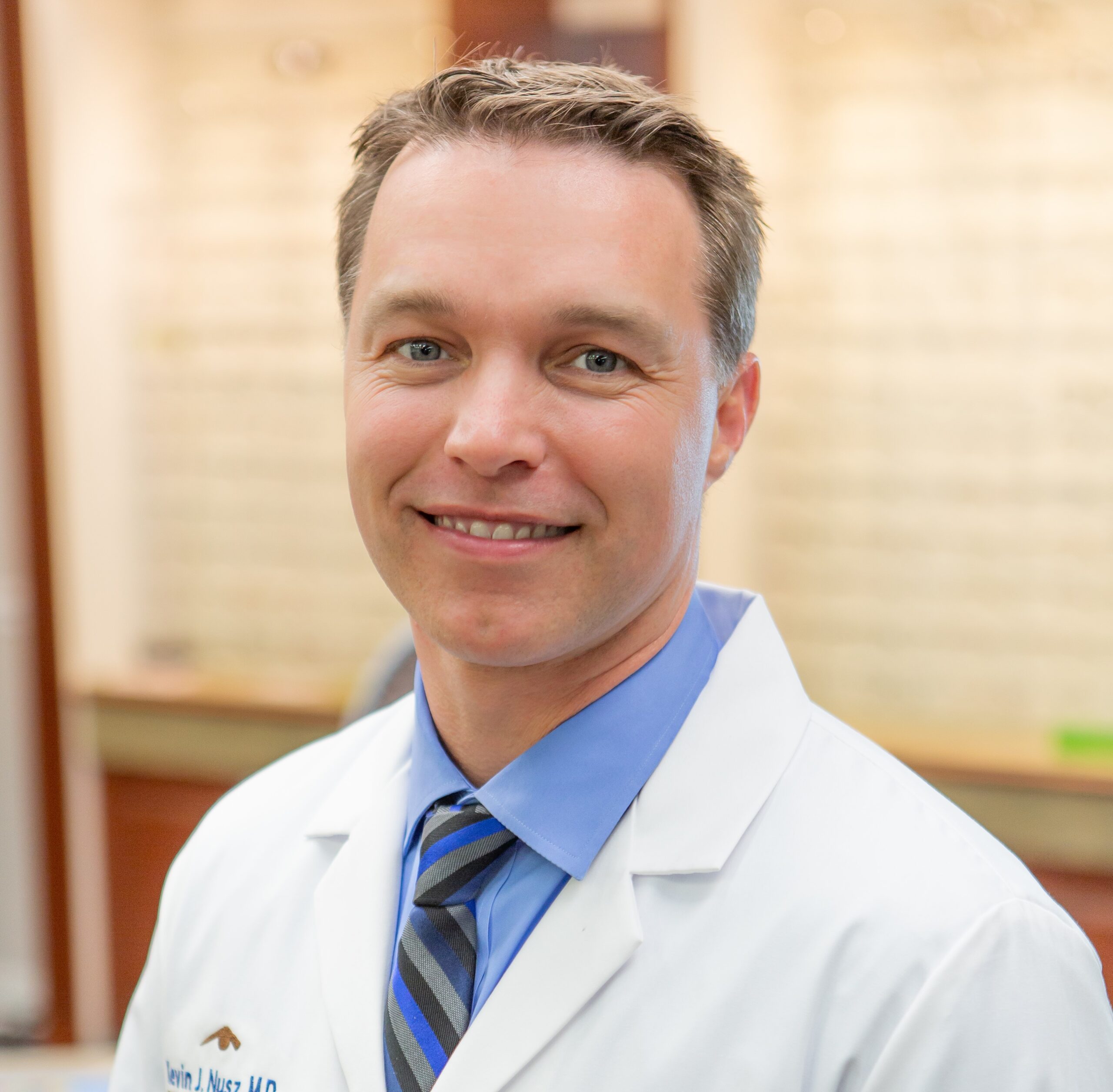 Here’s more about our founder and how our company was created:

Kevin J. Nusz, MD, Office Surgery Centers’™ founder, graduated from The Johns Hopkins School of Medicine in 2002 and completed his Ophthalmology residency in surgical eye training at The Mayo Clinic in 2006. During his training, Dr. Nusz was impressed with the innovative design of both hospitals – in particular how operating room suites were attached to clinical patient exam areas. This up-close view of how the two eye care giants successfully married medical eye care with surgical eye care in a single location sparked Dr. Nusz’s interest in in-office surgery early on in his career.

Observations in the field

The following year, Dr. Nusz relocated to South Carolina and joined his current practice. There, cataract surgery was performed in a local hospital in a converted closet in a remarkably inefficient and understaffed environment. Surgeons were responsible for supplying their own technicians who assisted in surgeries by following proper sterile technique, running the equipment (including the phacoemulsification machine), and cleaning and sterilizing the instruments. He also observed that the hospital’s anesthesia processes slowed down an already slow system and added costs to an already expensive surgery due to the hospital facility fee.

In 2008, that local hospital opened a multi-specialty ASC and Dr. Nusz and his partner moved their surgeries from the hospital to the ASC in 2011. They created and developed the eye program at the ASC – supervising staff training, purchasing equipment and instruments, recruiting other eye surgeons, and overseeing billing. This was clinically successful, and that success over time resulted in more than 10 additional ophthalmologists from other practices joining. But as the number of surgeons from all specialties increased, more profitable surgeries were often prioritized, leading to difficulty in securing time for cataract surgeries.

During this time in the ASC, Dr. Nusz and his partners’ techniques of surgeon administered oral anesthesia (without the help of anesthesia professionals) were examined, trialed, and ultimately implemented by other surgeons. This change led to eye surgeries in the ASC moving to procedure rooms rather than operating rooms. By 2018, Dr. Nusz had created a system at the ASC where thousands of eye surgeries a year by multiple surgeons were successfully and safely performed in procedure rooms without professional anesthesia staff.

Though patients, surgeons, and staff were all thrilled with the ASC surgical experience, the vast majority (96%) of patients in Dr. Nusz’s practice lived outside of the this (the closest ASC’s) zip code. And since his eye practice was the only one in the region, many patients already had substantial drives to his office – and the additional 27-mile drive to the ASC was burdensome for his patients.

This pushed Dr. Nusz to find a better option.

For something that seemed so logical, this process took years and required in-depth knowledge of insurance companies’ motivations and organization, research, persistence, and lengthy complex negotiations, but Dr. Nusz accomplished his goal. Since it’s 2020 opening, his practice’s OSC has been wildly successful.

Dr. Nusz strongly believes in in-office surgery and the importance of “doing it the right way” by making patient safety the utmost priority and by striving for stellar outcomes, surgeon comfort and financial reward… all while maintaining Ophthalmology’s integrity. Many OSCs have failed to be profitable from the insurance-reimbursement perspective, but Dr. Nusz wants to change this – he’s assembled the best-of-the-best to work together to provide surgeons the assistance they need to be successful both clinically and financially with in-office surgery.